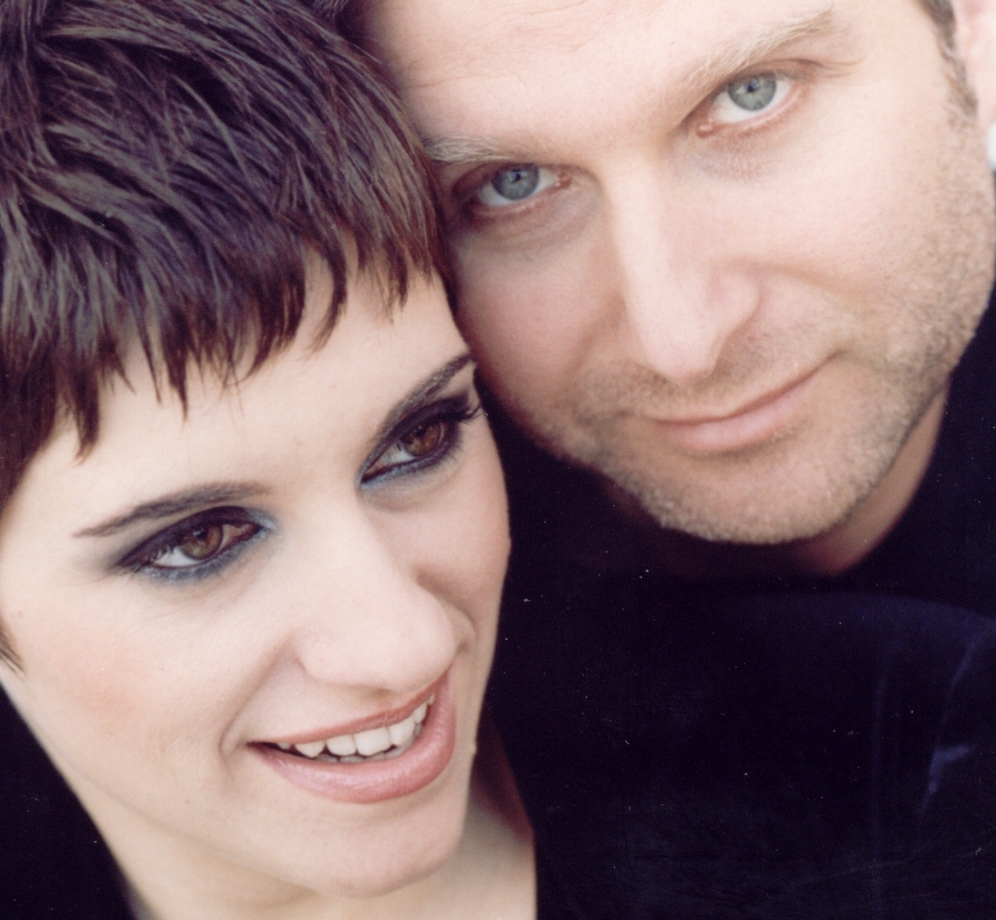 NAMA, Iphigenia and Aristeides Pavlis first met in 1988. Four years later, in 1992, their first LP "NAMA" was released by LYRA.

NAMA introduced themselves to the Greek audience with an instant hit song from that first record, "Odysseas". It was that Jazzy song referring to Ulysses that introduced a new style and a reference point for the group's future productions...

In 1994, their second LP "NAMA II" was released by LYRA. NAMA, with this follow-up record, successfully answered their fan’s expectations.

During the following two years, the music industry came up with the idea, that every band should relinquish any sense of artistic integrity they possess and collaborate with artists of completely different genre and mentality so as to combine their - the artists’- selling power and create a monstrous yet more profitable project for the record labels. NAMA found a way to circumvent this imposition, comply to their contract’s terms - one more record owed - and produce one of their best albums simultaneously. “ANAMNISIS”, was released in 1995 by LYRA. In this album, NAMA re-compose ten old songs - including one of their own, their first hit, “Odysseas”. There were those who maintained that it would be at least hard to obtain permission for adaptation from composers like Manos Hatzidakis, Dionysis Savvopoulos, Manolis Hiotis, and many more, whose songs NAMA included in their LP “ANAMNISIS”. Nevertheless, every composer and lyricist readily consented and moreover, songs of this record like “MIA AGAPI GIA TO KALOKAIRI” became classics.

Faithful to the path they paved, with their rhythmic diversity and distinct color of lyrics and interpretations, NAMA presented ten new songs under the title “NAMA II-ZOI PARASTASI” in 1998. Jazz, pop, rock, ethnic strokes comprise the music-colored canvas of this album. In the Summer of 2001, the cd single “MIA KYRIAKI” was released by EROSMUSIC. A fresh, rock sound makes its way to the radio and the namesake song “MIA KYRIAKI” becomes a hit. NAMA was awarded the 2001 ARION Music Award - Best Pop Group for “MIA KYRIAKI”. The LP “NAMA IV” was released the following year, 2002.

In the summer of 2004, NAMA produced another cd single with four new songs in Jazz, Latin, blues styles.”TO PSARAKI”, relating the story of a lady-fish that fell in love with a cat and the disastrous effects of such a relationship, became an airplay summer hit. “MAMBO SOLERO”, a Jazz-Latin song written in Spanish, was aired on various stations in South America. Published in 2005 by MBI, followed “ENA MAKRY TAXIDI”, NAMA’s sixth album which produced another summer hit song “ZESTO KALOKAIRI”. NAMA was awarded the 2006 ARION Music Award - Best Pop Group for “ENA MAKRY TAXIDI”. In April 2008, NAMA “To Fos & H Arxi”, the seventh LP of the group is released by LYRA.